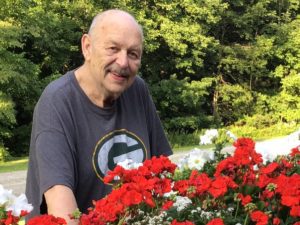 David was born on December 1, 1941 in Milwaukee, WI the son of Anthony and Loretta (Danhauser) Drewek.

An accomplished artist, glassblower, and avid boater David retired to Vermont after teaching at The Prairie School in Racine, WI where he had served as chairman of the Art Department. Among the many interests and fascinating parts of David’s life he thoroughly enjoyed the three years he and his wife Mary spent seeing many parts of the United States while living on a Tug Boat.

No formal services will be held at this time.

Those wishing may make memorial donations to the Prairie School Art Department, 4050 Lighthouse Drive, Racine, WI 53402 or to an animal Rescue program of your choice.

An on line guest book can be found at cabotfh.com